EM® contains Effective Micro-organisms, microscopic creatures. EM is a combination of useful, constructive micro-organisms, which occur freely in nature and are not manipulated.

EM was developed by Prof. Higa from Japan. He devoted a large part of his life to researching micro-organisms and eventually formed a mixture that he called the ‘Effective Micro-organisms’. Products with EM® can be recognized by the logo with the seven circles. EM® is a registered trademark.

What is the power of EM®?
EM is a living substance and does not work in the same way as an antibiotic or a chemical. EM increases the population of beneficial micro-organisms. EM does not kill other organisms. It is not an antibiotic, but a mixture of living stimulating micro-organisms. Only life gives life!
The effect of EM is partly based on a combination of fermentative micro-organisms. The metabolic products produced during fermentation are widely known as antioxidants, vitamins and enzymes. Super healthy!
Wherever micro-organisms live (and that’s almost everywhere!) EM can be used to increase the natural resistance of soil, plants, water, people and animals. In addition to EM Drink, there are various products with EM that significantly improve the living environment, soil fertility, the growth and quality of crops. Would you like to know more? Visit the websites of our partners in Belgium, France, Sweden and the UK.

How does the principle of dominance work?
The special thing about EM is the combination of aerobic and anaerobic micro-organisms. Aerobic means “living with oxygen” and anaerobic means “living without oxygen”. In the scientific world it has always been assumed that these two groups could not possibly live side by side because the conditions under which they live are the opposite of each other. By nature, both groups also occur together in the soil. The aerobic and anaerobic micro-organisms have in common that they can turn substances into antioxidants. These have a beneficial effect on the health of the soil, plants, people and animals. Micro-organisms work according to the principle of dominance, and thus restore the microbial balance.

In the world of micro-organisms there are different groups. There is a small group of dominant ‘effective’ micro-organisms, a small group of dominant ‘harmful’ micro-organisms and a large group of so-called followers. The group of followers works together in nature with one of the above dominant groups.
In practice, this means that they join the most suitable dominant group. There is a constant power struggle between the effective and the harmful organisms. the “billions of followers” are just waiting to see which of the two groups gets the upper hand. Then they adapt and follow or imitate the winner. 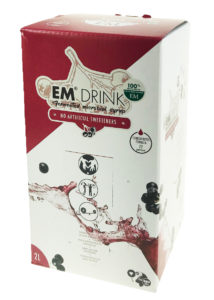 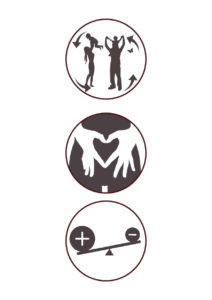